The climate games have begun!

We are not fighting for nature. We are nature defending itself.

I asked one of the fabulous game makers about what we can expect.

“The climate games are a new breed of disobedience framework. Instead of a mass action with centralised planning, it’s up to teams creativity and initiative to create their actions. Actions are taking place both in Paris and across the world exposing manifestations of THE MESH.”

What is the MESH? “The mesh is the system which drives climate change, it’s capitalism, it’s authoritarianism, it’s a global system which puts profit before people.”

How did the games start? “In Amsterdam against coal plants multiple actions of different tactics were used at the same time and place as a game with teams. It demonstrated the diversity yet unity of the climate movement.”

What were your fondest memories of those games? “Absolutely the award ceremony, because that’s the moment when everyone comes together. We admire each other victories as well as failures. That’s the real movement building moment.”

Is it a security risk all coming together afterwards? “You don’t have to show yourself when presenting or receiving the awards, you can send a witness. It’s also not just for the players, there’s everyone watching and taking part in the awards process.”

Keep an eye on their facebook page for fantastic actions and if you feel inspired, you can still register a team of your own right up until December 12th when the games climax.

The sixteen award categories include the pissed myself cup and the insurrectionary innovation badge. 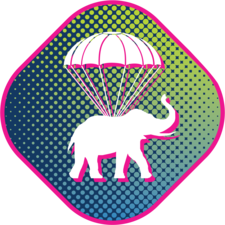 The creative juices are flowing around the world and players are gradually converging on Paris. I can’t wait to see what they come up with.