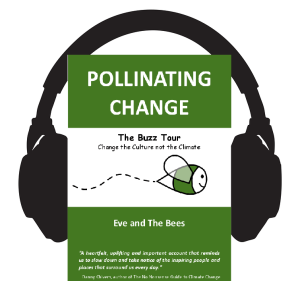 It’s been several years since we published Pollinating Change – The Buzz Tour, and an audio book has been in mind for all that time but it’s finally begun. We’ll initially be releasing the chapters one at a time for you to listen to for free online and then you’ll be able to buy the whole book. We’ve recorded about a quarter of the 34 chapters so far and aim to start releasing them this winter.

As the climate talks began yesterday over 600 posters had been put up around Paris to challenge the corporate advertising messages and allow environmental messages around the COP21 to be heard. Everything from beautiful images of nature and cartoons to fake company adverts admitting deceit.

The posters received national press coverage in France, Germany and the UK and raised issues of corporate sponsorship of the climate talks, social justice and the global economy. 130 artists from all over the world submitted hundreds of designs in English and French to the organisation Brandalism for illegal distribution by about 50 volunteers. I’ve been really impressed with the effect of this project to create discussion and change, and the power of seeing these messages in a normally commercial space. If this tactic interests you there is a wealth of information on the Brandalism website. Here are just a few of my personal poster favourites to put a smile on your face. 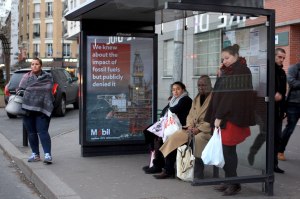 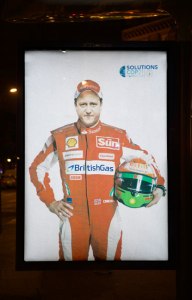 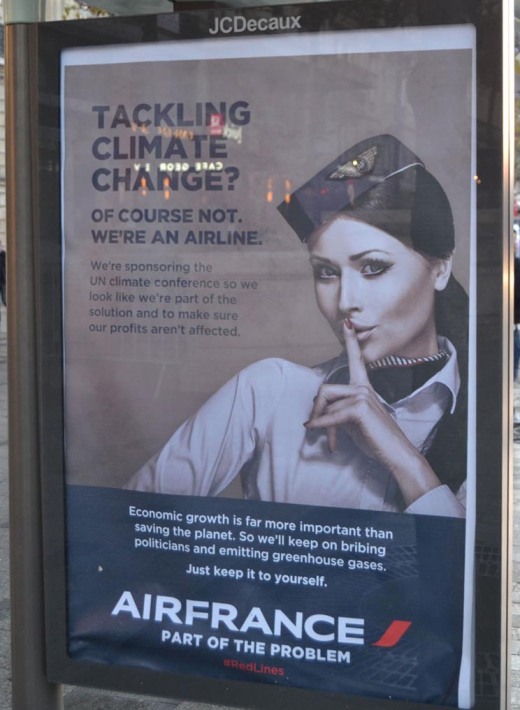 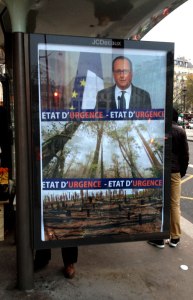 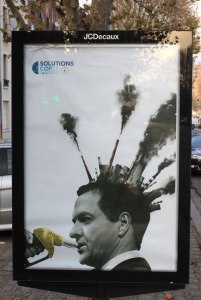 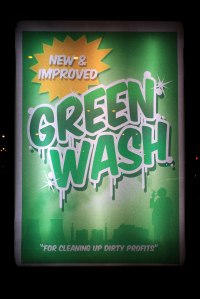 I first met Oscar during last year’s Buzz Tour because of his connection with Transition Cambridge and neither of us spoke much of politics. Yet when I met him in the days running up to the election, I was on the Green Party campaign bus and he was speaking to hundreds of people on the street explaining why he wanted to get elected. At the last election Oscar became Cambridge’s only Green Party city councillor, having never been a councillor before.

In his maiden speech last week, Oscar made two proposals that were passed by the council, one about TTIP (Transatlantic Trade and Investment Partnership) and one in defence of human rights. As a result, Cambridge has joined 18 other UK cities in pledging against TTIP.

The heritage campaign for West Bank Park has included funding bids, business mentors, public meetings, research and even celebrity endorsements. The Friends of West Bank Park and have worked to restore and preserve many parts of the park, and now the West Bank Heritage Project hopes to revive the heritage of the park and its legacy as a central part of the community.

With government cuts, the council presented residents in York with the lose-lose scenario that either parks, libraries or swimming pools would take cuts first. West Bank Park in Acum lost much of it’s funding and began to be left unlocked at night. Nearby residents conserned about the future of the park began to launch a campaign to build support for it.

One model that inspired the West Bank group is the successful Rowntree Park in York. The park has a library and cafe at its centre that attracts a lot of visitors to use the park as somewhere to meet and socialise.

When I came across Clements Hall they were running a Food and Fun event where older or isolated residents can enjoy a meal and a chat. The hall was renovated several years ago by the council following a campaign by residents and now offers many different community events and a lot of local people volunteer to keep it going. The hall was originally owned by the nearby St Clements Church where Edible York have created a public vegetable garden.

Many people I’ve met have conflicting views about how to vote or whether to vote at all. With the European and some council elections coming up on the 22nd of May and the general elections next year, it’s a passionate question. There is a website called Vote for Policies where you can compare the policies of parties without knowing which party is which, then select those that you agree with and at the end it tells you which party is the best fit.

Many people especially younger voters want a ‘no confidence’ vote for the entire political system. Russell Brand famously expressed what many young people are feeling when he called for people to not vote. If we do decide not to vote however, it is assumed to be apathy or consent. How could it be considered dissent? If you have decided not to vote, one option is to organise a protest outside your polling station to be ‘counted’ as dissenting voters.

Some other countries offer a ‘none of the above’ option in voting where if a significant proportion vote for this then nominations have to be reopened. In our current system however if we do decide not to vote, staying at home will definitely not have our voice heard. Those considering a non-vote are those most likely to vote for radical reform, so without them the remaining vote becomes more towards the status quo. So whether we vote our choice, or non-vote our choice I hope we will be active and vocal in showing our engagement, because anything else will be to consent to business as usual.

The latest report from the IPCC (Intergovenmental Panel on Climate Change) is out.

The summary can be viewed here.

Key points raised are the threat to human life and the widespread consequences that will effect everyone on the planet. We are in this boat together, and it is sinking. The message is loud and clear that business as usual will kill us.

It is time for culture change not climate change.

If you are taking action, share your experiences with us. If you’d like to join with others to help you act we’d love to help. There are solutions everywhere we look. Our generation has a closing window of opportunity to protect life.