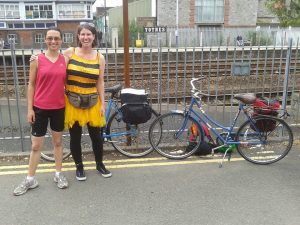 A climate change and justice activist, and a wonderful friend, Mel is inspiring in many ways, but it’s her commitment I’d most like to tell you about. Mel came on the first two days of the tour. But it was supposed to be four. When she told me that sorry, she was going to have to change plans, I knew better than to ask why. 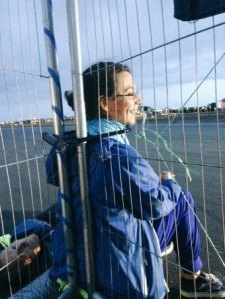 Two days later I heard she was one of thirteen people arrested at Heathrow airport for blocking the runway in protest of the proposed airport expansion. The group of friends from Plane Stupid put up a tripod and fencing on the runway and locked themselves on to it to protest the airport commission’s recommendation that Heathrow expand.

The UK has made a commitment to it’s people, to other nations, and to all future generations that it will reduce it’s carbon emissions. If Heathrow expands we will break that commitment.

There are citizens who believe that that we must keep our word, and they are committed to ensuring that we do. 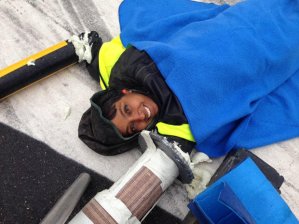 One thought on “Commitment”